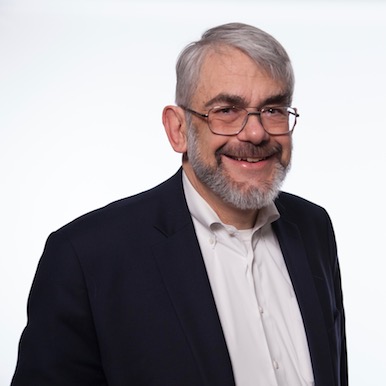 Dr. Kastner is Scientific Director of the Intramural Program at the National Human Genome Research Institute (NHGRI). His career has focused on using genetic and genomic strategies to understand inherited disorders of inflammation. He continues the quest for genes underlying human disease by the development and application of advanced gene mapping and sequencing technologies. Prior to his NHGRI appointment, Dr. Kastner was Chief of the Laboratory of Clinical Investigation, Clinical Director of the National Institute of Arthritis and Musculoskeletal and Skin Diseases, and deputy director for Intramural Clinical Research at the National Institutes of Health (NIH). His lab focused on human genetic disorders of inflammation. He led an international consortium that identified the gene causing familial Mediterranean fever (FMF) in 1997. In 1999, Dr. Kastner’s lab discovered mutations in a TNF-receptor responsible for causing a dominantly inherited periodic fever syndrome similar to FMF, a discovery that has led to the successful use of anti-TNF agents in the disorder. His team also established the association of STAT4 polymorphisms with several autoimmune diseases and is currently studying the genetics of Behçet’s disease. Dr. Kastner is the recipient of the NIH Director’s Award, the Paul Klemperer Award of the New York Academy of Medicine, the Lee C. Howley Prize for Research in Arthritis from the National Arthritis Foundation, and the NIAMS Mentoring Award. In October of 2018, he received the prestigious Service to America Award–popularly known as a “Sammie”–as the Federal Employee of the Year. He was honored for his lifetime achievements in researching genetic diseases, as well as for his conceptual contributions to the field of immunology.