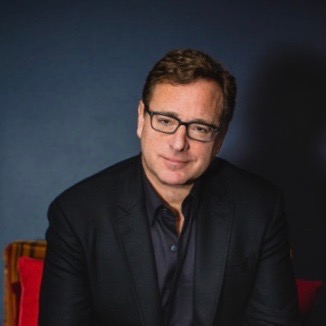 Bob Saget is an acclaimed actor, comedian, director, writer, and producer. He has starred in many successful television shows, including two of the most family-friendly shows network TV has ever produced (Full House and America’s Funniest Home Videos).  For over thirty years, he also has been a stand-up comedian and earned a Grammy-nomination in 2014 for his stand-up special, That’s What I’m Talkin’ About.  Bob recently directed and starred in the independent film Benjamin and is the host, writer, and Executive Producer of the ABC series Videos After Dark.

Most importantly, he wrote and directed the film For Hope, chronicling his sister’s struggles with scleroderma. He joined the SRF Board of Directors in 2002 and has been a key figure in organizing and producing the SRF’s annual signature event, Cool Comedy–Hot Cuisine.